This week from Sally at Lens and Pens:
Phoneography and Non-SLR Digital Photo Challenge
~  Editing and Processing 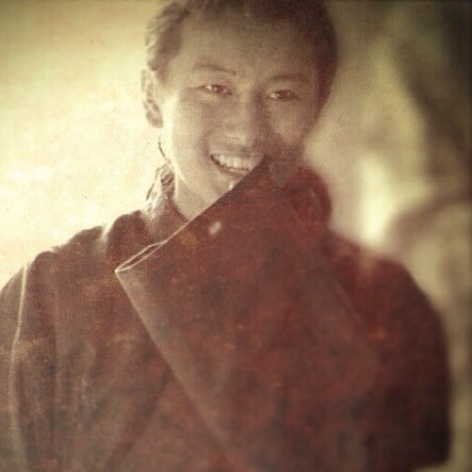 This male teenager, named Pema Wangdrol who was born in North America, is the son of a Tibetan scholar and great mediator in the Nyingma tradition of Tibetan Buddhism and has been trained and schooled in the sciences of arts, rituals and philosophy in the Tibetan tradition. He is fluent in both Tibetan and English and at a young age has already translated many Tibetan texts into the English language.

The workflow edit:
The original photo reshot with iPodTouch 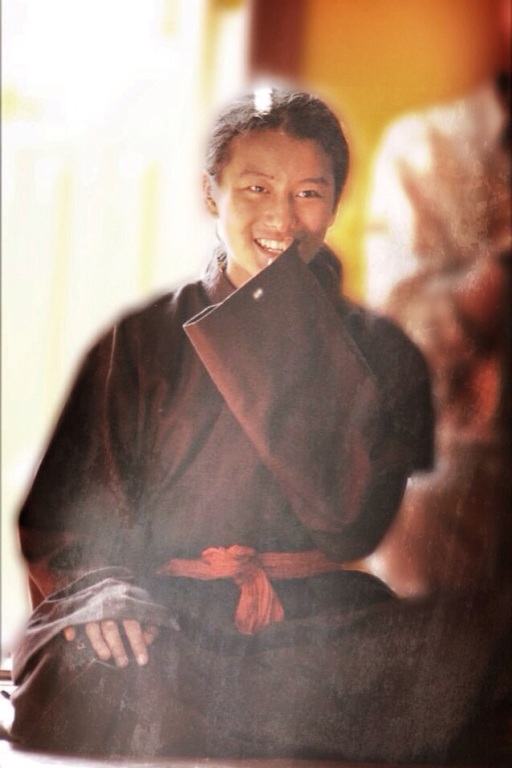 Selected two other filter over the fantome saved image and saved it. 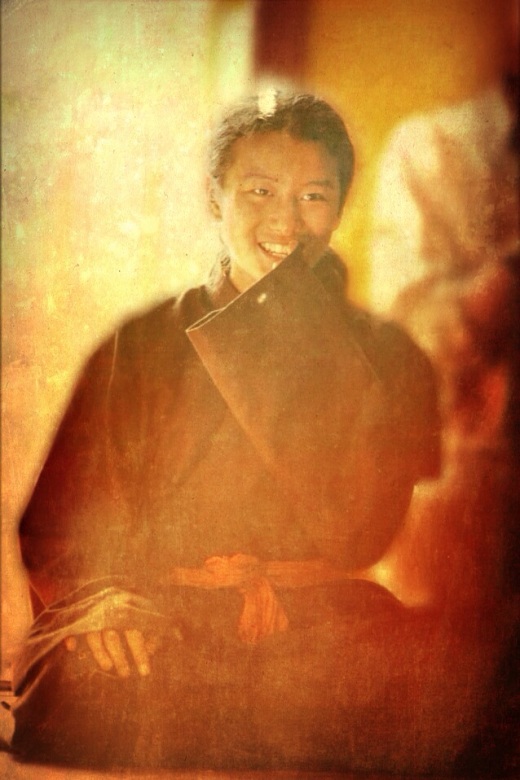 I was drawn to using a brownish tint filter to give the photo a realistic earthy feel.
The draw back was that I used a preset filter which gave it a heavy presence.
So I cropped the original frame by more than 50%.

The photographic image … is a message without a code.
~ Roland Gérard Barthes